A new ICD-10 Clinical Modification (ICD-10-CM) code set took effect on October 1, 2021. There are some changes to codes that may relate to wound care. As a reminder, if a pathology played a role in the encounter and this is reflected in the documentation, it is likely appropriate to include the ICD-10-CM code that represents that pathology on the claim form.

COVID-19 may play a role in a wound care encounter. If that occurs, these new codes may need to be considered.

Thrombocytosis occurs when a patient has a high platelet concentration. This may play a role in wound care and/or surgical planning.

Sjogren’s syndrome is an autoimmune disease that can have dermatologic manifestations.  Until now, the descriptor for the most appropriate ICD-10-CM code to use for Sjogren’s syndrome was, “Sicca syndrome [Sjogren].”  However, with this new code set, the descriptor for all M35.0- codes changes from “Sicca syndrome” to “Sjogren syndrome.”  With that change, the following code revisions are in the new ICD-10-CM code set:

In addition to those changes to the M35.0- codes, these new codes are added:

These changes became effective October 1, 2021 and all providers of all types should be using the new ICD-10-CM code set now. 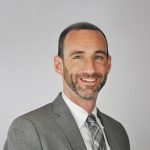