MEDICAL HISTORY:
A type 2 diabetic who suffered from severe venous insufficiency in his left leg and poor wound healing that led to a BKA 3-years prior. Since then, he has struggled with a prosthesis and has had developed chronic leg ulcerations on his left side. The patient developed a large bullous on the left dorsal shin after traumatizing the area at night. The bullous developed into a full-thickness ulceration on the left leg and the patient subsequently was not able to wear his compression hose. The patient presented to the clinic with severe pitting edema, weeping, along with a large non-infected ulceration over the left shin. (Fig. 1A)

RESULTS:
The ulcer was healed in one week. (Fig. 2B) 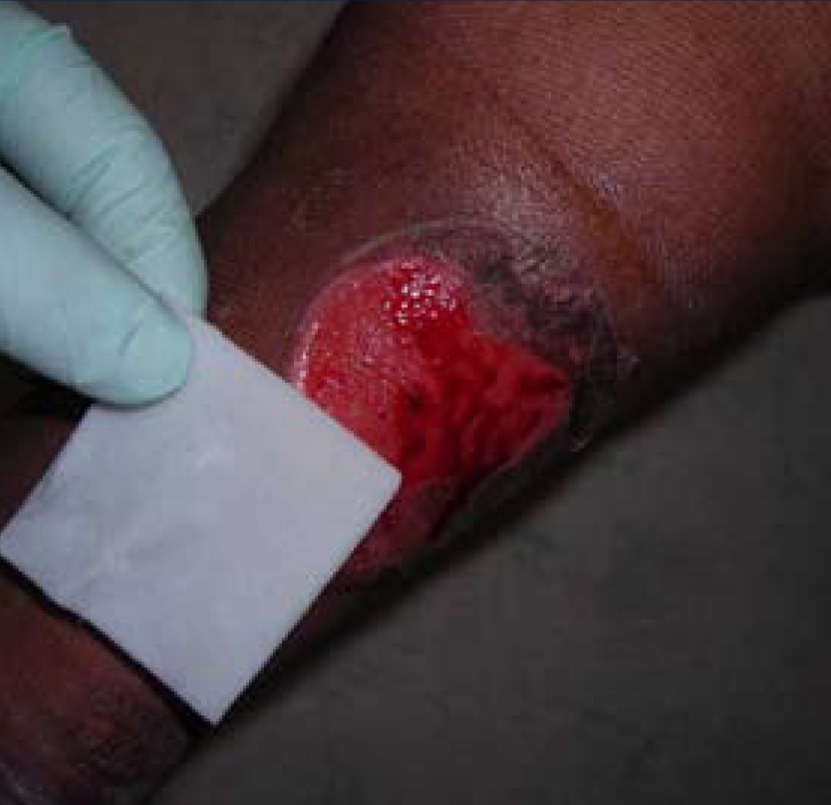 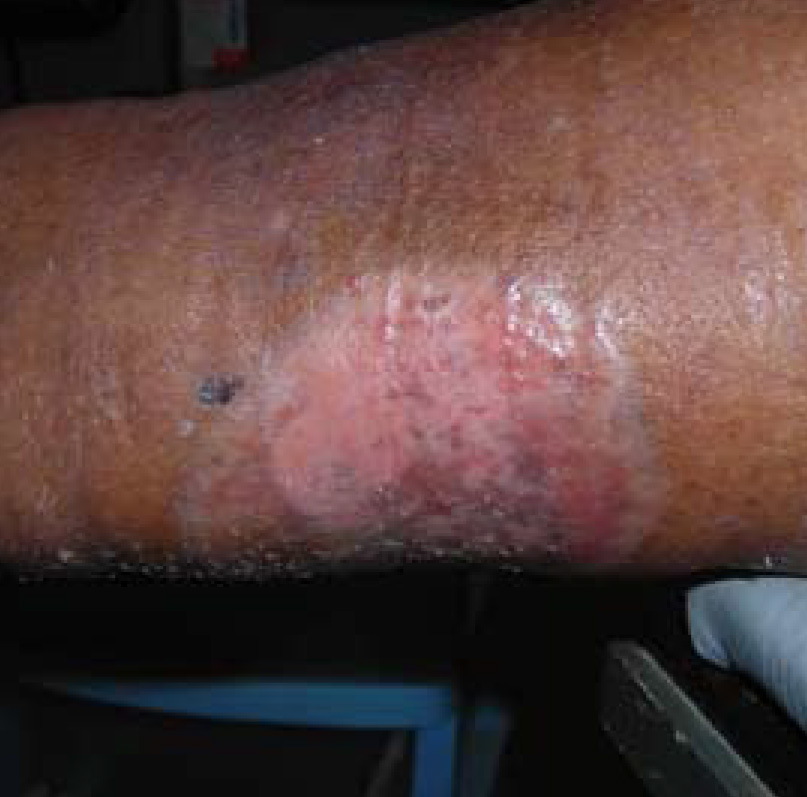